In anticipation of those dreadful summer days I am already exploring cool summery recipes. Come summers - well, its already here considering the temperature is already soaring as high as 35 degress we all need to plan our diet to include fresh vegetables, fruits a plenty. Salads will surely be a part of our daily menu. Like this Summer salad made with everyday vegetables with a generous drizzle of Lemon Pepper vinaigrette. 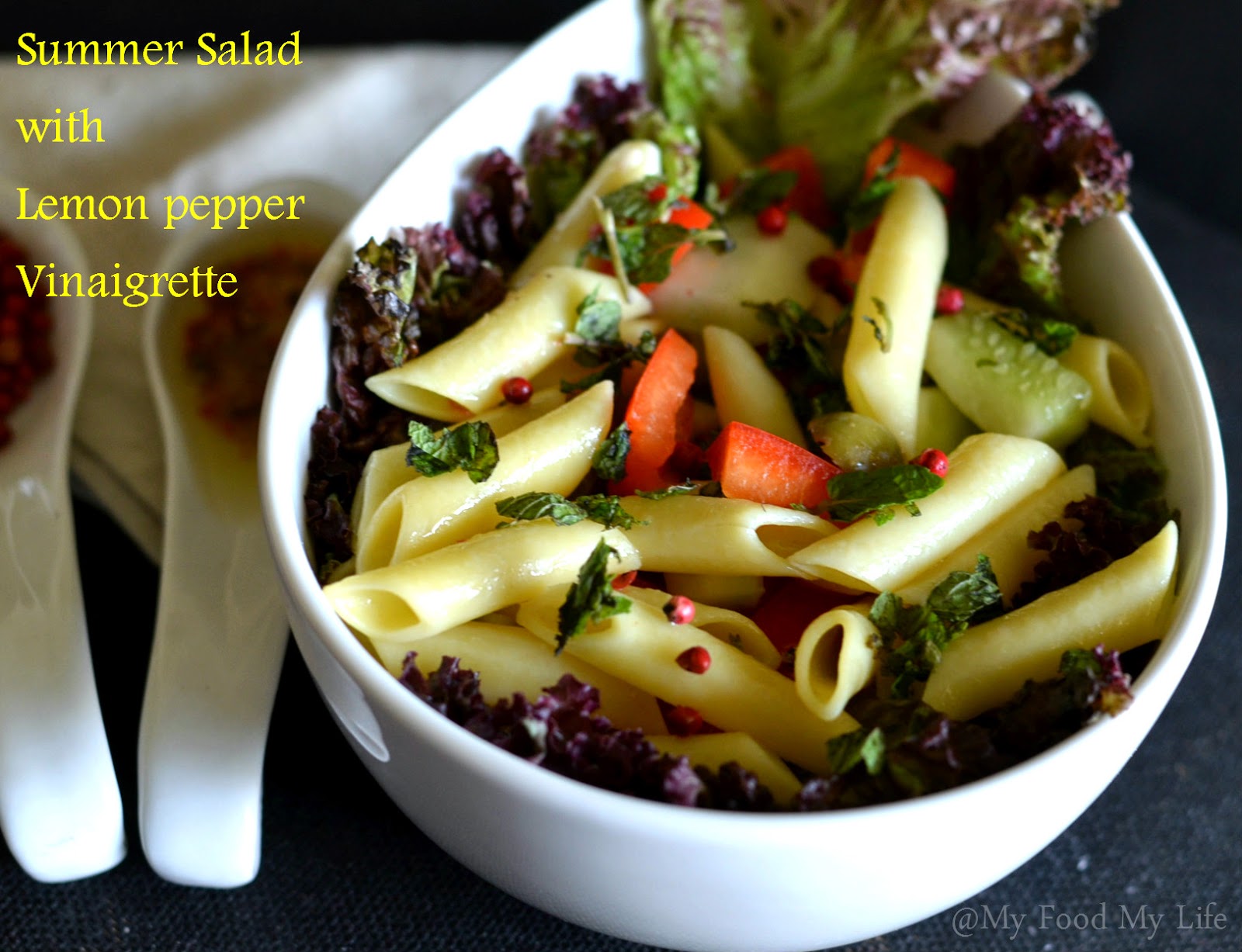 On my recent visit to Bangalore to spend two days with my friend of 15 yrs sans the little boy and the husband I explored few food stores in the city and was spoilt for choices. I was like a little girl in a candy store who didn't know what to buy and what to leave. What first caught my fancy was the variety of peppers - I didn't know of more than 3 kinds and here there were more than 10! There was pink , long and green pepper that I was seeing for the first time. Ideas started flooding my head and I picked up an assortment of 6 kinds of pepper.There were hoards of other stuffs I picked up which would need a dedicated post I suppose. Coming back to my Summer salad with a dressing of lemon pepper vinaigrette using some pretty pink peppers! Those peppers were a revelation..very sweet at the first bite with a woody fiery after kick to  it. I couldn't resist eating those while I prepared the dressing. 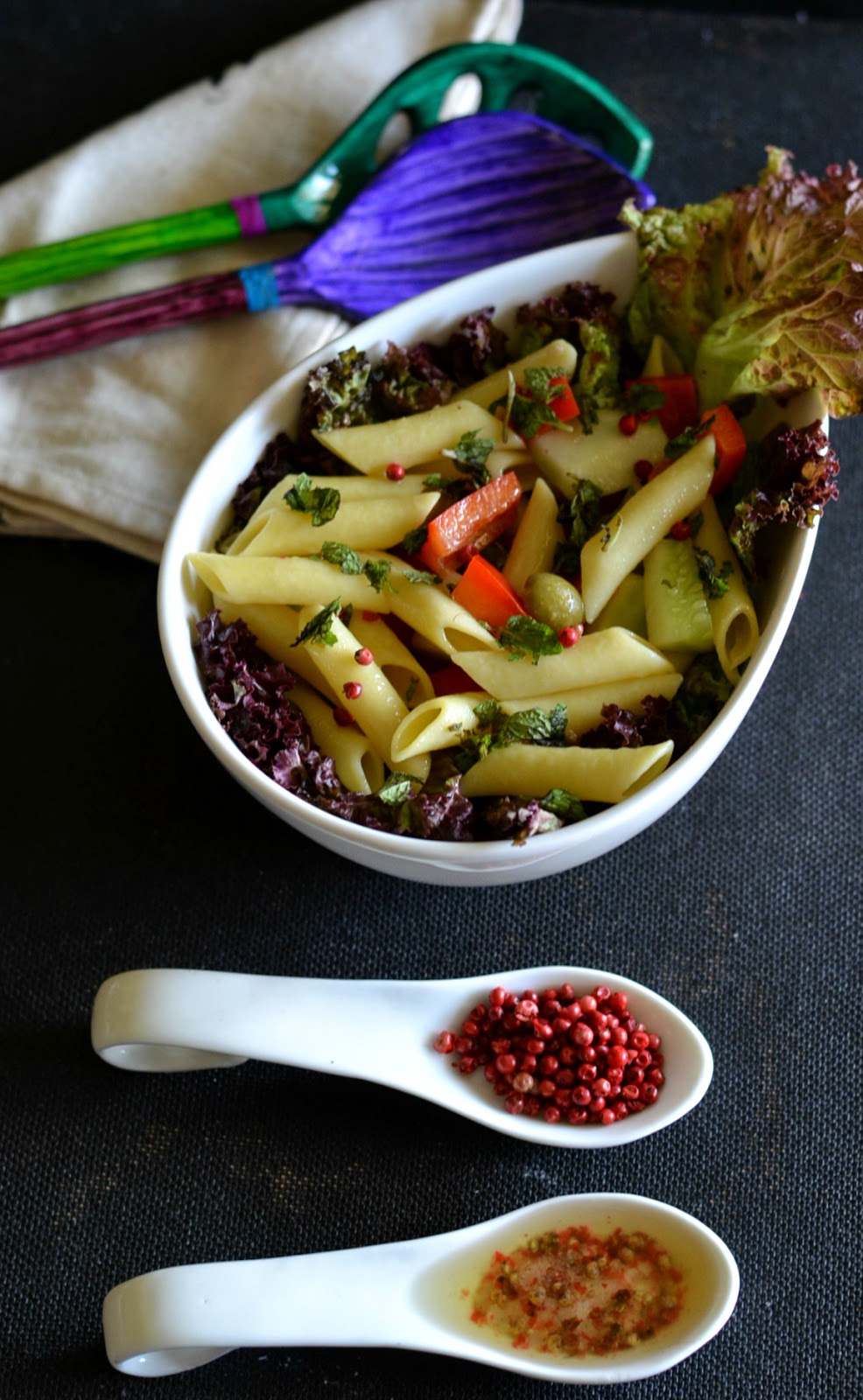 Lettuce or any other salad leaves - few leaves for garnish 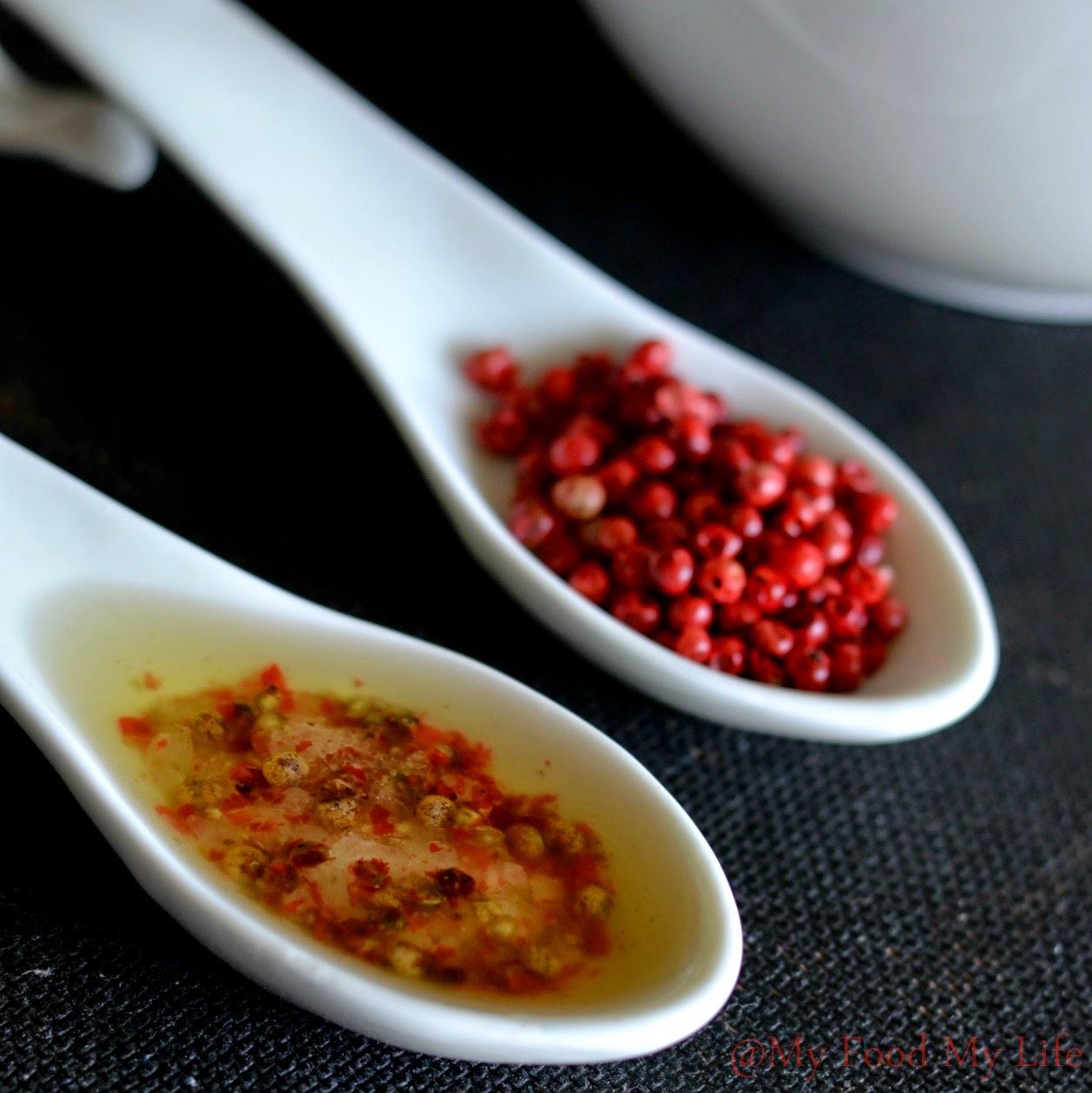 Mix together the olive oil, rice wine vinegar,lime juice, crushed pepper and salt. Give it a good stir and keep aside.
This dressing can easily be stored for later use .

For assembling the salad:

Line a salad bowl with the salad leaves. Toss together the pasta, diced cucumber, red bell pepper, tomatoes, olives into the salad bowl. Put in a good drizzle of the vinaigrette. Give it a good mix. Throw in the chopped mint leaves and some grated parmesan. Serve chilled. 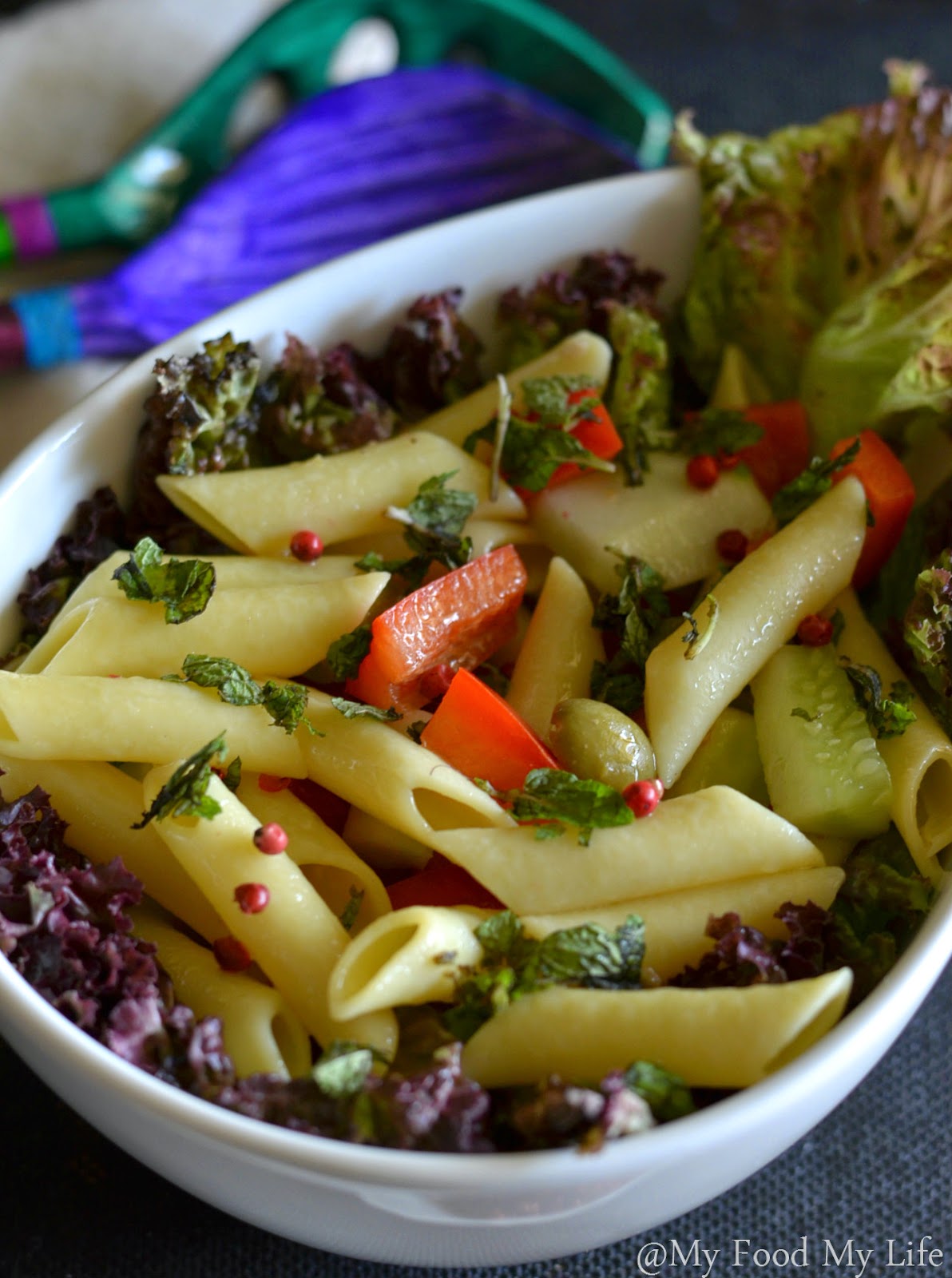 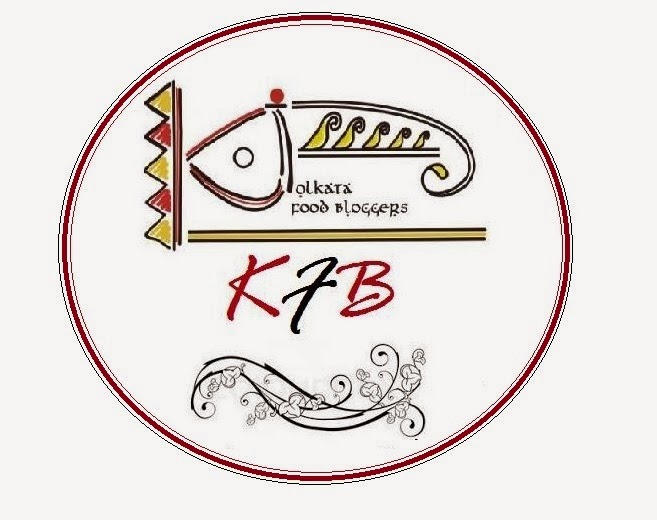 I am on Petitchef!

This work is licensed under a Creative Commons Attribution-NonCommercial-NoDerivs 2.5 India License.